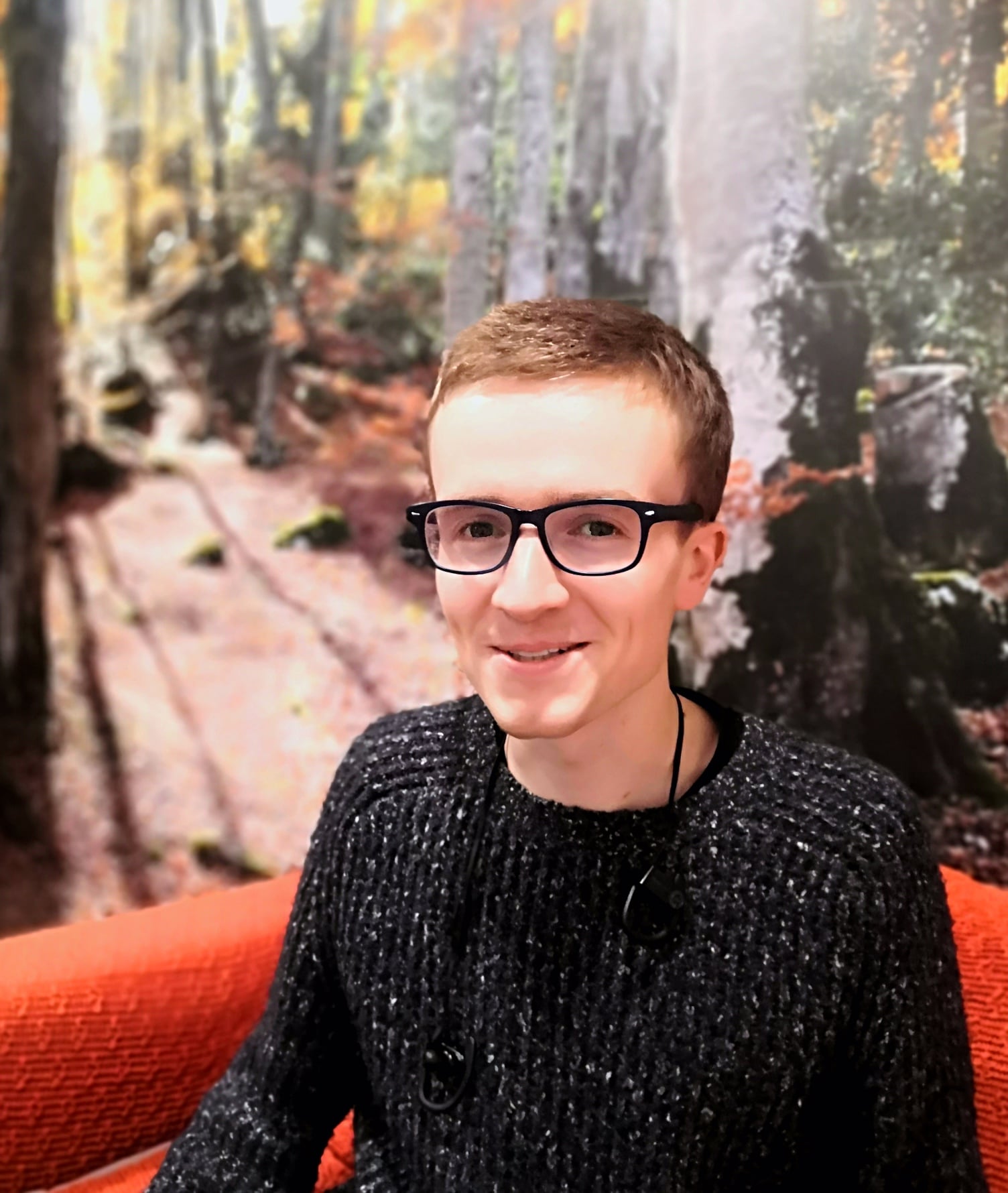 Ted Cross is a Ph.D. researcher from the University of Bristol in the United Kingdom. Currently, ASDEA Software Technology is hosting several Ph.D. students who are completing research projects with STKO. During their time here with us, they receive direct modeling assistance and feedback from our team, including from Dr. Massimo Petracca and prof. Guido Camata. The team was very enthusiastic about the opportunity to meet researchers from all around the world. Midway through his second week in Italy, our communications team sat down with Ted to learn more about him and his research.

Ted first became interested in earthquake engineering during a study abroad trip to the United States during the course of his combined Bachelor's and Master's degree program in civil engineering from UBristol. His trip took him to UC Berkley, the birthplace of OpenSees, which led him to a final year project designing a seismically isolated Nepalese school developed in conjunction with the Nepal Safer Schools Project. This set him up to complete a Ph.D. using OpenSees to complete seismic risk evaluations of Nepalese schools and Health Centers for the NGO Pahar Trust. However, for his Ph.D., Ted and his advisor decided to use STKO, “STKO has been comparatively much easier for me to use than OpenSees alone as the graphic interface is more intuitive than directly coding the TCL files. It also allows me to micromodel the masonry structures using OpenSees' collection of wide-ranging materials and elements. This is particularly critical, as Nepalese buildings often use a weak type of mud mortar, and the STKO's graphic rending of the explicit micromodeling is great as a visual model.” 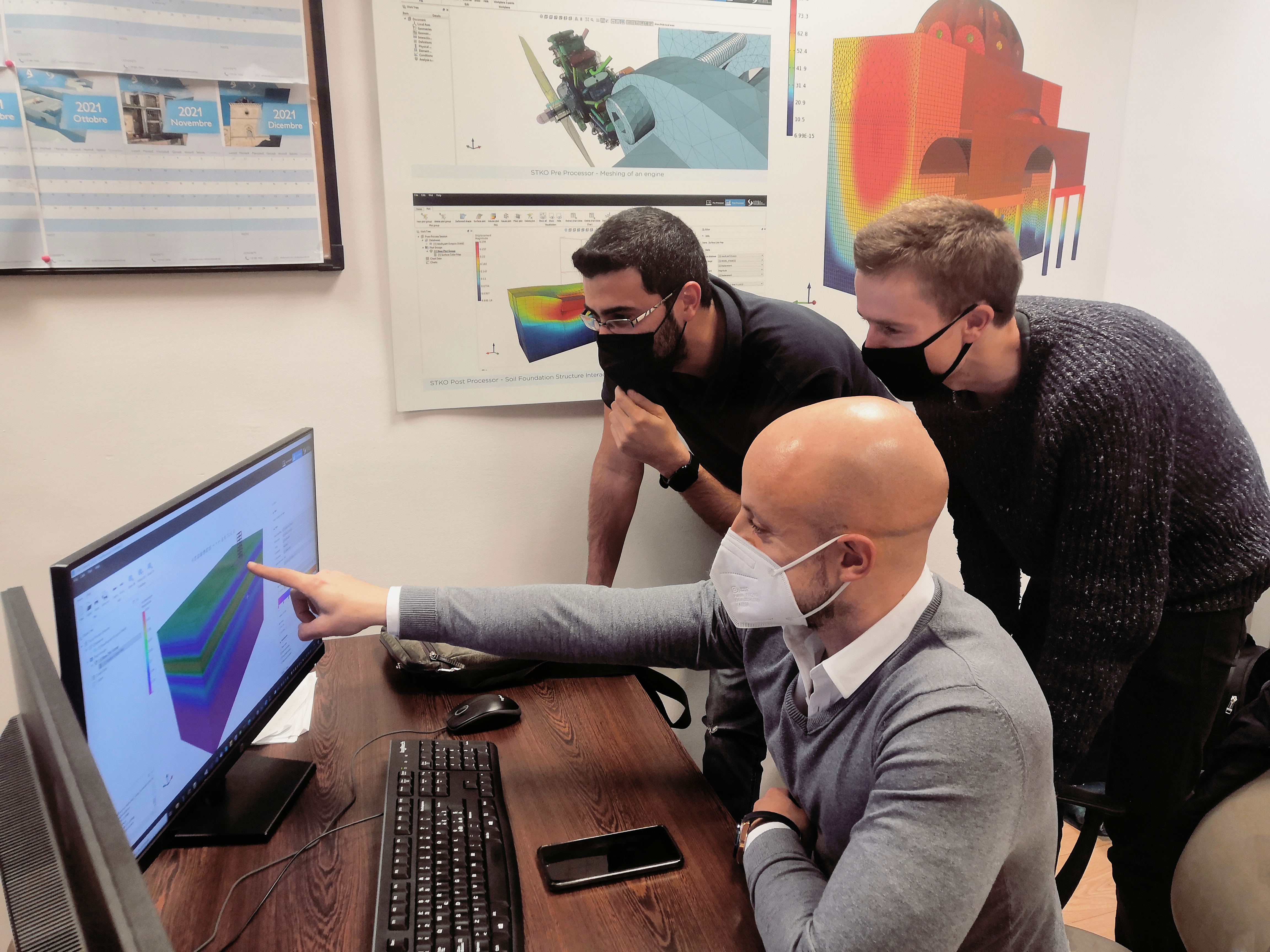 When speaking of STKO, Ted was also excited to mention that he and his “supervisors Raffaele De Risi and Flavia De Luca have just begun supervising an undergrad research project using STKO to model masonry buildings in Nepal for SMART Shelter.” SMART Shelter is a Dutch non-profit that is also working to develop earthquake safe structures in Nepal.

We took the opportunity to ask Ted a few personal questions, like about what he missed most so far from the UK; a one-sided wry smile crossed his face as he said, “Definitely the mince pies. I am surprised mince pies haven't made it out of the UK. I can't wait for my friends to bring some so that I can share them with you guys,” and about what he thought so far about office life in Italy, “I love that you guys take communal coffee breaks, it gives a very social atmosphere to the office.” He also expressed excitement to try arrosticini, a local specialty of grilled lamb skewers, going to see Gran Sasso, the highest mountain in the Apennine range, and meeting other STKdOers with whom he can discuss his research.

When asked about his plans post-Ph.D., Ted's face took on the somewhat panicked expression commonly worn by those finishing a Ph.D. thesis asked this question, yet he eloquently responded that he is looking forward to using “STKO and the knowledge I've gained during my research in real-world applications” but that his main focus at the moment is on his thesis, “I hope to use the STKO models to validate the safety of the Pahar trust Health Centers and give them confidence in their design.”